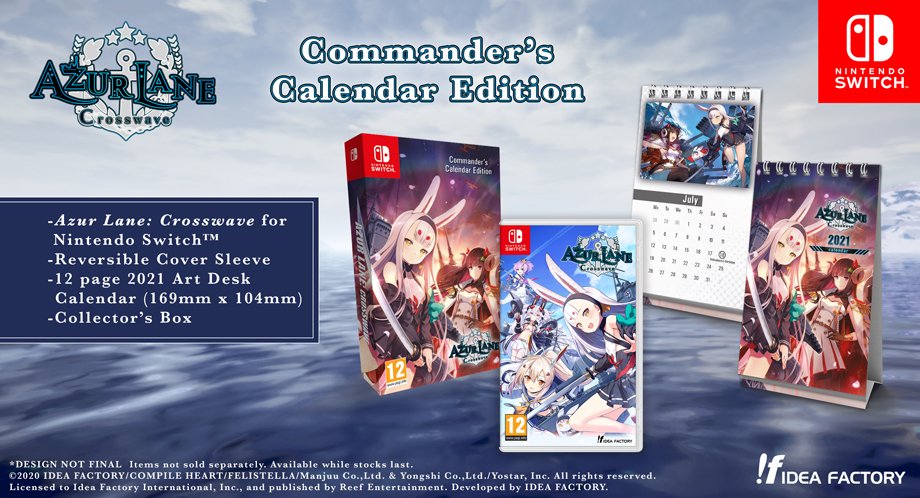 Azur Lane is a side-scrolling shooter created by Shanghai Manjuu and Xiamen Yongshi, originally released in 2017 for iOS and Android platforms. The Shanghai-based publisher, Yostar, published the Japanese and English version of the mobile game, popularizing the game to more mobile users across the world. The game takes place in a world where personified battleships from around the globe engage in side-scrolling shooter gameplay.

Azur Lane: Crosswave takes the spirit of the mobile game and uses the Unreal Engine to bring its characters to life in a massive 3D world, so fans can see them like they’ve never seen them before. The in-game character designs will also feature cel-shaded anime style 3D graphics that stay true to the original art.

Ships at Bae – Players will need to defeat enemy ships and meet special criteria to unlock and customize new characters. Swap weapons and even cute accessories to fit your needs as the top commander of the seas! With a multitude of characters to collect each equipped with unique strengths and abilities and NPCs to unlock, every player will definitely find their favourite commander to customise!

Living in a 3D World – Azur Lane mobile, the beloved side-scrolling shooter, is now retrofitted for the Nintendo Switch™ as a cel-shaded, 3D action shooter with the help of Unreal Engine! Recruit over 50+ ship girls to help lead your fleet to victory. In the Nintendo Switch version, play through Story Mode through the lens of newcomers Shimakaze and Suruga, plus Taihou and Formidable!Switch it Up with 4 Game Modes – Commanders can choose from 4 different game modes! Story Mode includes 7 chapters through the lenses of Shimakaze and Suruga, plus 2 additional story chapters with newcomers, Taihou and Formidable. In Extreme Battle Mode, choose from 100+ challenging fleets to battle for rare items and special materials. Capture new memories in Photo Mode! Just like the original release, players can change backgrounds, adjust facial expressions and poses! Now on the Nintendo Switch, choose up to 6 characters with freshly updated camera angles. Episode Mode includes 50+ sub-stories that deliver bonus character backgrounds!Arm Your Armada – Before setting sail, beef up your characters by equipping them with rare items found after a successful battle or by crafting items at Akashi’s Laboratory. Here, Commanders can exchange blueprints to create new gear, convert materials into rare items, and earn rewards. Experiment with different fleet arrangements to gain special Fleet Effects that can provide in-game stat bonuses.